5 Facts to Remember During Market Volatility

Wouldn’t it be nice if the stock market didn’t have such violent swings in either direction? Especially the dramatic downward plunges - we’d ALL like to avoid those! But the reality is, the markets include a certain amount of volatility, and keeping those market swings in perspective is important.

Here are five facts to remember when the market gets bumpy:

Be Wary of Headlines Quoted in Points

It’s common for the financial media to quote changes to market indices – specifically the Dow Jones Industrial Average – in terms of points. Why? Because a large point change sounds scary, and scary makes people pay attention to graphics like this: 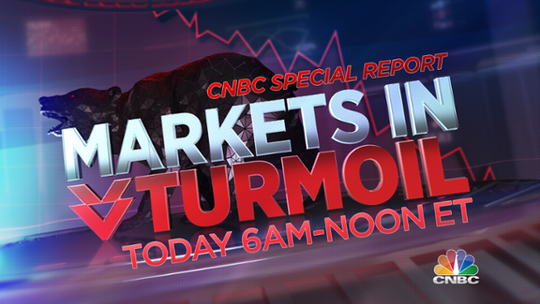 Look at the Bond Market

It’s difficult to determine if a market downturn is the start of the next recession or simply a bad day. Turns out the bond market can offer some peace of mind when volatility flares up.

Here’s why it matters:

Treasury spreads have correctly anticipated the last six recessions (red circle), dating back to 1976. Critically, if Treasury spreads drop below zero, that’s not a great sign. It doesn’t happen often, but there’s genuine cause for concern when they do. 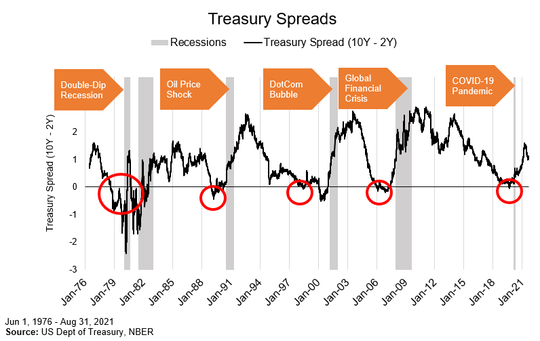 So, the next time the stock market is having a down day, listen to the bond market. You can check Treasury spreads for free on the St. Louis Federal Reserve’s website.

Please note: Treasury spreads are just one input. Forecasting economic conditions is an inexact exercise where past performance is not necessarily an indicator of future results.

A volatile year doesn’t mean that it will be a negative year! For example, let’s compare two years that featured a similar return: 18.4% in 2017 vs. 16.9% in 2020. Despite similar returns, the S&P 500's volatility was much higher in 2020 than in 2017. As the charts below indicate, if you stayed put throughout the year, you made similar double-digit returns in both years. 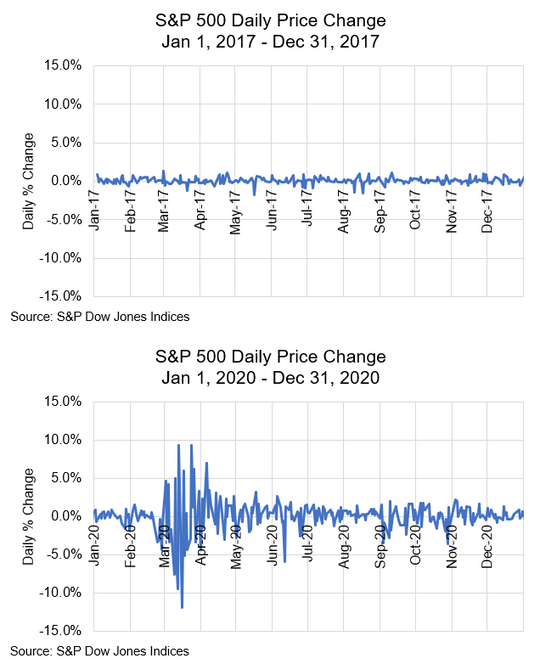 Patience is a Virtue

It can be hard to stick to your plan through periods of volatility. When volatility picks up, just remember that investors who hold the line tend to realize more of the market’s returns than those who try to time their entry and exits.

As the charts below illustrate, longer hold periods can make those stormy days seem much less significant. 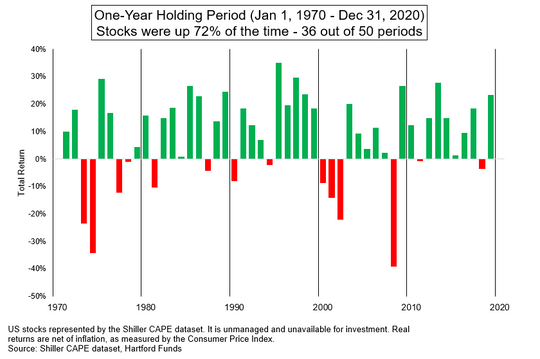 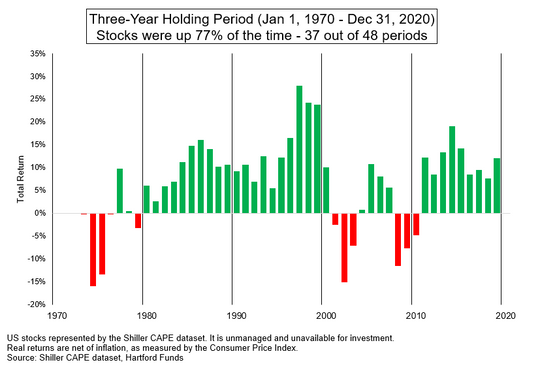 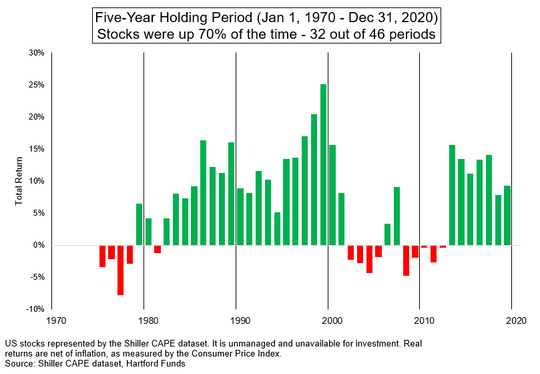 The Glass is Half-Full

Those names you hear quoted in the media – the Dow, the S&P 500, and the Nasdaq, and so on – they represent a basket of America’s largest and most profitable businesses. These businesses produce the goods and services that make our modern world run. Sure, recessions happen and make the business climate challenging, but those are relatively rare.

In fact, since 1945, recessions have lasted less than a year, on average, whereas the good times where businesses grow historically last more than five years.

In the long run, stocks go up more often than they go down! 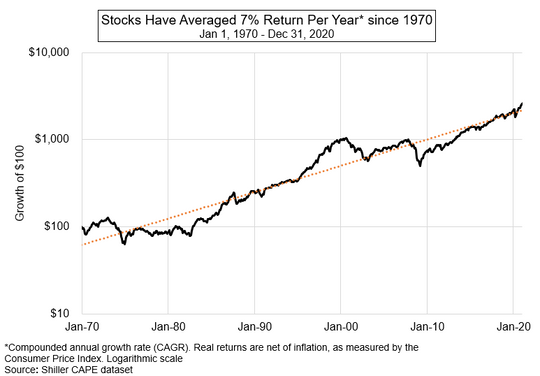 If market volatility is still making you uncomfortable, there are investments that may help. Contact our office today to understand if these investments are right for you and aligned with your current financial plan.